Gujarat is Rajasthan’s neighbor. Rajasthan is undoubtedly the land of forts and palaces and the most visited. Gujarat lives in its shadow and its forts and palaces are not quite as famous but they are definitely worth a visit to know the culture of various regions that make up the State today. From the dry and arid regions of Kutch to the lush greenery of South Gujarat, the State has a number of palaces that reflect local cultures and lifestyles. To know more about Royal Palaces in Gujarat, read on…

Aina stands for mirrors and the Aina Mahal is famed for its Hall of Mirrors. The floor is richly tiled and the walls are in marble covered with ornaments and mirrors. There are fountains on the podium for cooling purposes. A grand chandelier hangs in the hall and it is said to be made of Venetian crystal. The then ruler Maharaja Lakhpat ji built the palace in the 18th century inspired by European styles. His architect was Ramsinhji who had passed about 17 years of his life in Europe and was conversant with the royal architectural styles. Today the Palace is better known as the Madanji Museum and houses royal relics as well as its various collections that give a glimpse into local lifestyles and the culture of this region.

The Aina Mahal may be the more famous but the neighboring Prag Mahal is just as grand and this palace too reflects European Italian Gothic style of architecture. Built in the 19th century by Rao Pragmalji the palace features a large hall with a collection of stuffed animals and a Durbar Hall. The star attraction of this palace is the pillars modeled after Corinthian style and stone filigree work. Except for the main hall and durbar the other parts were extensively damaged in the 2001 earthquake. It is said that Italian artisans were brought to the site for construction that lasted from 1875 to 1897. Italian marble and sandstone from Rajasthan were used in the construction. The high point is the tower that gives a wonderful view of Bhuj City.

Gondal has a richly royal legacy reflected in the Orchard Palace, the Riverside Palace and the Navlakha Palace. It cost Rs 9 lakhs in the 18th century to build the palace due to which it is known as Nav lakha. Navlakha Palace sits in the Darbargadh fort complex and it is close proximity to the Huzoor palace used as the residence of the royal family and the Orchard Palace, which is part of the Huzoor Palace. The Riverside Palace is about 1.25 km away. This palace is still in use by the descendants of the Jadejas who ruled Gondal for centuries. The exterior has a façade of carved stone and exquisite balconies where the rulers enjoyed the cool breeze. A beautiful courtyard with carved arches graces the front and leads to a spiral staircase that takes visitors to the interiors. The grand durbal hall is well preserved with antique mirrors and furniture. A large chandelier casts sparkling rays of light inside the hall with red carpeting. Visitors go on to the first floor that is now a museum with beautiful wooden carving and a collection of paintings, books and trophies.

The Maharaja Shri Bhagwat Sinhji built the Riverside palace in 1875 for his son, the crown prince Yuvraj Bhaijraji. Built on a smaller scale but with elegant colonial-style architecture and rich antique furniture, this palace reflects the royal lifestyle of the rulers of Gondal.

Huzoor Palace with the Orchard Palace as its annexe is where the royal descendants of the Maharaja of Gondal still reside. The Orchard Palace is a must visit place because this is where the Maharaja maintained his fleet of vintage cars and horse-drawn carriages. It is a car museum worth the visit. Inside, the grand four-poster beds in rooms with high ceilings give a glimpse into the private life of the erstwhile rulers of Gondal.

If the Gondal Huzoor Palace is still used as a residence by the royals, the Huzoor Palace in Porbandar presents a different picture altogether. Doors are bricked up and no one is allowed inside. The descendants of Rana Natwarsinhji, the last Maharaja of Porbandar, now reside in London and the palace is poorly maintained. The exteriors reflect European style of architecture and the façade has beautiful semi-circular porticos. Maharaja Rana Natwarsinhji had the palace constructed in the early 20th century and it looks as if a European palace has been transplanted on the soil of Porbandar. People are not allowed inside but on Navratri, all the locals gather here to pay respect to the former ruler and celebrate nine days dedicated to Amba Mata.

Mandvi was at one time a busy port and home to the Vijay Vilas Palace built by the then ruler, Yuvraj Vijay Singh of Palitana. The palace was built around 1920 AD according to the Rajput style of architecture with rich carvings on the stone pillars, intricate filigree “Jali” and domed bastions all of which contribute to an eloquence of grandeur. The architectural styles are similar to the palaces of Datia and Orchha with a central high dome on pillars with supporting domes on the sides. The courtyard is just as elegant with water channels and marble fountains. Today the palace is a popular heritage hotel.

Maharaja Dolatsinhji built the Dolat Nivas Palace between 1922 and 1928 AD on the Hill Fort at the tapering end of the Aravalli Hills range. The actual fort is on the top while the Palace is halfway up the hill. The palace rises to a height of seven storeys, blending perfectly with the slope of the hill.

Maharaja Shri Mann Sinhji Saheb of Jaswantgarh, the second son of the Maharaja Dowlat Singhji Saheb of Idar built this unique palace between 1920 and 1930 AD. The palace has a unique architectural design in that the mid portion is modeled on the face, body and sting of a scorpion while two galleries extend at the front in a semi-circular shape to represent the claws. These two galleries are known as Takhat Bhavan and Pratap Bhawan. Buildings at the back are laid out in the shape of the hind legs of the scorpion and are known as Umaid Bhawan and Mann Bhawan. Part of the Palace has been converted into a heritage hotel while the descendent, Maharaja Shri Bhagirath Sinhji Saheb resides here along with his son Rajkumar Suryavir Sinhji.

Built-in 1907 by Amarsinhji, the Ranjit Vilas Palace is located on a hill overlooking Wankaner. The ruler built the palace and named it after Jam Ranjitsinhji of Jamnagar who went on to become a globally famed cricketer. The palace is a fabulous structure with beautiful facades at the front and back styled in terrace fashion leading to pavilions with gothic arches. The high point is a seven storey clock tower with a beautiful mughal style dome. Of mixed architectural design, the palace has Victorian windows, Dutch roof spans and gothic arches, drawing a little bit of inspiration from the Chateau de Chambord in Loire, France. The museum houses a collection of thrones, paintings, spears, pistons and stuffed animals. Worthy of a visit is the collection of vintage cars once used by the Maharaja and the stable of Kathiawar horses.

The grandest palace of Gujarat and one which puts even the royal palaces of Rajasthan in the shade is the Laxmi Vilas Palace. Modeled on the Indo Saracenic style of architecture and built by Maharaja Sayajirao Gaekwad III in 1890, it rivals even the fabled Buckingham Palace. It is four times the size and it is said to be the biggest private residence of any royal ruler. The descendents still live in the Palace which is spread over 500 acres of lushly landscaped grounds. The interiors are beautiful, styled along British country home fashion but the Darbar Hall is simply exquisite with its Venetian floor, stained glass windows and beautifully decorated walls. The courtyard is a haven with its water fountains and solitude. A part of the palace is converted into a museum that showcases old armory and collection of sculptures.  The smaller Moti Bagh palace is located in the grounds as is the Maharaja Fateh Singh Museum that houses works of art among which are paintings by Raja Ravi Varma. There is a golf course in the grounds too, built by Maharaja Pratap Singh in 1930.

The Laxmi Vilas Palace is modern whereas the Nazarbaug Palace dates back to 1721 and was the residence of the Gaekwads. Built by Malhar Rao Gaekwar the Palace was converted into a museum and has several interesting collections on a show such as solid gold and silver guns. The palace used to sit in the middle of a pretty garden and was the vault for the Gaekwad family jewels valued at over USD 10 million. However, in later times the palace was neglected and then completely razed with only a few relics testifying to its past glory.

This is also an old palace built by Maharaja Khende Rao in 1870 following Italian style of architecture. Maharaja Sayajirao Gaekwad III extended the palace and renovated it but now, in its present state, it is a training school for the Indian Air Force.

The Nawab of Palanpur State, His Highness Zubd ul Mulk Dewan Mahakhan Nawab Sir Taley Muhammad Khan Lohani built this classic palace between 1922 and 1936 AD according to European baroque and neo-classical architectural style. The Palace sits in the lap of the Aravalli hills and it is bordered by the Balaram Ambaji Reserve Forest. Today the palace is a beautiful heritage hotel and in a well-preserved condition that reflects the elegant lifestyles of the Nawabs.

Once known as the Bal Vilas Palace, the Rajmahal Place sits on 14 acres of ground with lily ponds and fountains. Built by HH Bal Sinhji in the 19th century, it has beautiful sculptures and carved pillars in the courtyard while the darbar hall has a beautifully painted ceiling and portraits adorning the walls. Of special interest is the collection of vintage cars in the grounds and a library devoted to automobile books.

South Gujarat is not without its share of palaces, the best of which is the Digvir Niwas Palace built in the early 20th Century by Maharaja Virsinhji. The façade is graceful and flowing with carved arches, balustrades, columns and brackets, a tribute to British and French styles of architecture.  The interiors are richly decorated with stained glass windows.

Built in the early 1920s, the Kusum Vilas Palace in Chota Udaipur has beautifully carved stone jalis on the outside and superb Belgian mirrors and French furniture in the interiors. A beautiful fountain graces the compound, a fine example of European marble carving. Descendents of the royal family of Chota Udaipur reside in this Palace.

The royal family of Bhavnagar used to reside in the Nilambaug, which is now a heritage hotel. Built by the Gohil dynasty in 1859, the palace presents an elegant façade, a reflection of the gracious lifestyles of its past rulers.

Rajvant Palace today is a heritage hotel but at one time it was home to the royalty of Rajpipla. Built by Maharana Chhatra Singhji in 1910 AD for his son Yuvraj Vijay Sinhji, the palace is modeled on Victorian style with elegant marble-floored hall, European furniture and portraits adorning the walls. The descendants still reside in a part of the Palace and it is sometimes possible for guests at the hotel to meet them.

One can see that the erstwhile rulers of various princely states of Gujarat were well traveled and did not hesitate to draw inspiration from various architectural styles in building their palaces. A visit can be an eye-opener to the glorious grandeur of this region. 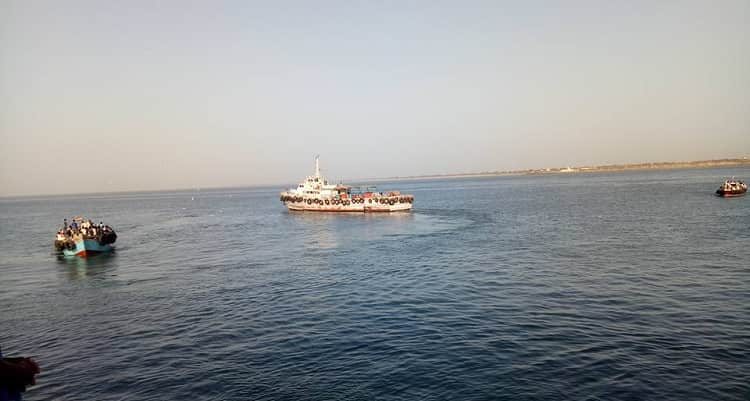