Gujarat is mostly famous for Hindu pilgrimage places and plays a major role in hosting various fairs and festivals. But this dynamic state also has store of Buddhist pilgrimages and shrines too. Archaeological evidences have proven the presence of Buddhism here in Gujarat since the year 640 AD. Presence of 200 monasteries housing 10,000 monks at local regions like Bharuch, Atali, Kheta, Valabhi etc. have been found long back during excavation. Many of Gujarat’s famous towns like Vadnagar, Devnimori and Junagadh are also blessed with the presence of many Buddhist monasteries, Stupas and hill caves etc. which have revealed that Gujarat was once major Buddhism hub. To know more about Buddhist tourist places in Gujarat; Read on – 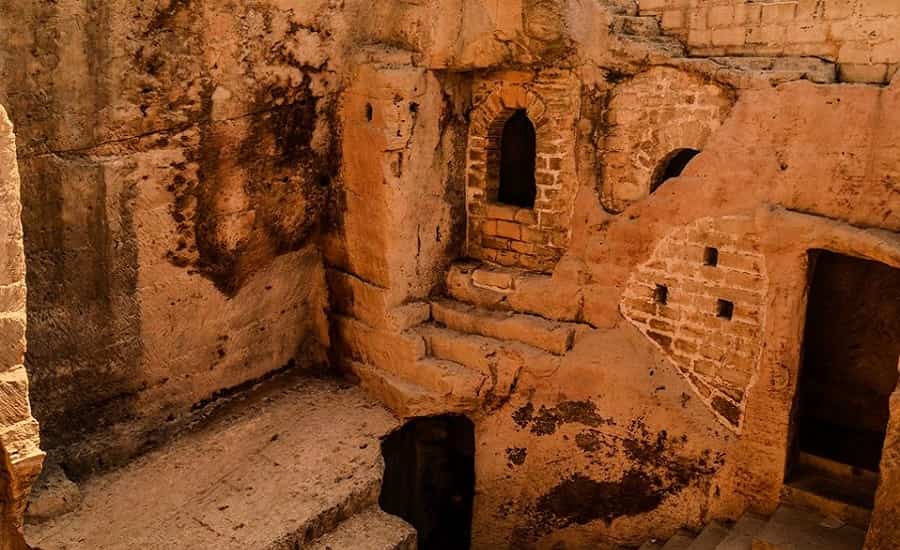 The ancient city of Junagadh was taken over by King Asoka long back during the Medieval period. During his reign, engraving of his famous edicts on the rocks of Junagadh was ordered. And being a follower of Buddhism, he built many monasteries and Stupas in Junagadh on to the Monolithic rocks and mountains. One of them are the Uparkot caves. Carved out of monolithic rock, the caves are three stored and are said to be 2000 years old. These structures are the oldest monuments located at Uparkot in Junagadh district. The caves lie near Khodaldham temple. The caves are said to have the combination of Greco- Scythian style of architecture. Other such sites in Junagadh include Khapra Kodia caves and Baba Pyara Caves. 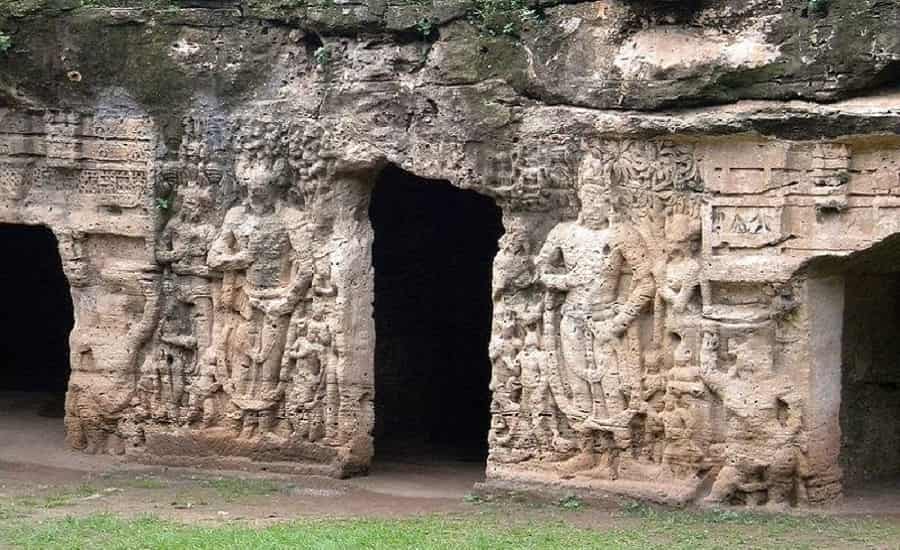 Rajkot is one of the fastest growing cities of Gujarat where there are a series of 3 ancient Buddhist caves which are 1800 years old belonging to 3rd and 4th century. The caves stand amidst the beautiful landscape nearby village Khambhalida of Gondal Tehsil in Rajkot district. Virpur is the nearest town to reach towards Khambhalida. The caves are famous for the exquisite carvings of Bodhisattva on the walls and pillars and are an important Buddhist pilgrimage destination of Gujarat. The caves have the mind soothing and peace giving spiritual vibrations which can be experienced in their surrounding atmosphere. The caves were discovered in the year 1958 by Shri P.P. Pandya, a prominent archaeologist who gave an important place to the Khambhalida caves in the archaeological history. The caves are a protected heritage under the Archaeology Department of Gujarat. 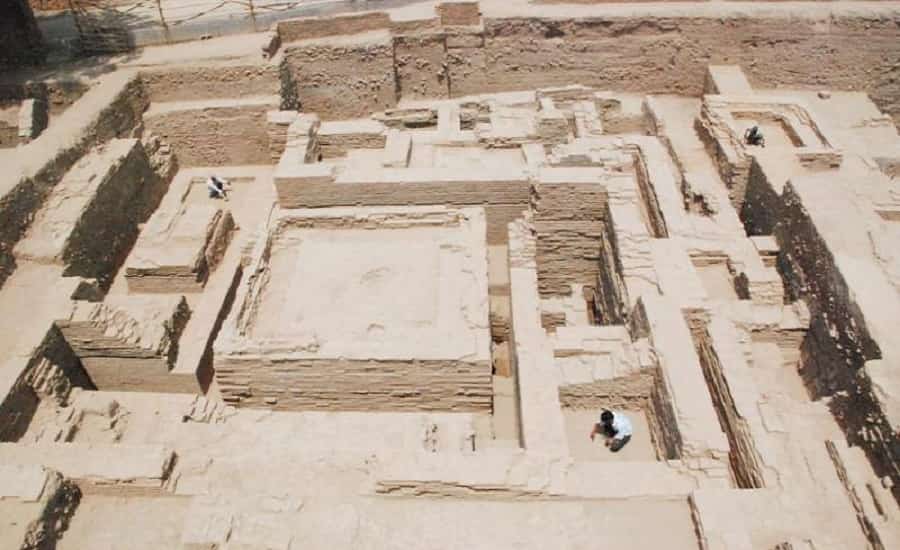 Vadnagar is located few kilometres away from Ahmedabad in Mehsana district and is a well-known archaeological site surrounded by rivers Banas and Rupen. In Vadnagar, there is a 12-celled structure which is actually a beautiful monastery with 2 Stupas that housed monks during the 2nd to 7th century. The 10 Sangha rams or resting places used to have around 1,000 Buddhist monks. The mystical arrangement of cells around the central courtyard looks like a swastika pattern. The monastery came into limelight when a two years’ excavation project was conducted by the archaeological department of Gujarat in Vadnagar.  A large number of religious artefacts have been recovered in and around the monastery area during excavation. 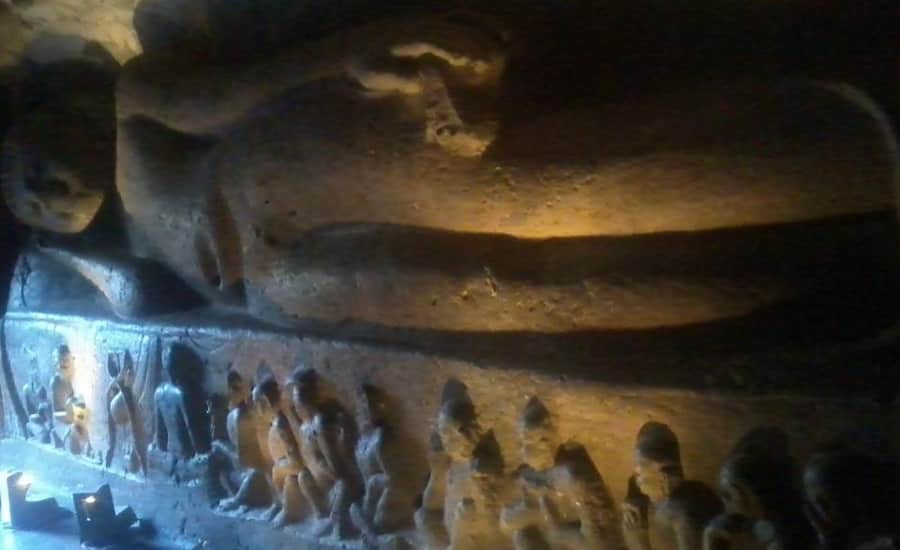 Dev Ni Mori is famous as a large Buddhist establishment located in north Gujarat in the city of Shamlaji in district Sabarkantha.  The place is near to Ahmedabad and Himmatnagar. The structure is actually a Stupa that dates back from the period between 3rd and 4th centuries. Dev Ni Mori was given the status of an important Buddhist monastic centre 1600 years ago during king Asoka’s reign. Also, this 4th-century Stupa was dug out again in the early 1960s when Buddha’s ashes and 17 terracotta statues of Buddha were found which are now exhibited in Department of Archaeology at ‘The Maharaja Sayajirao University’, Vadodara. 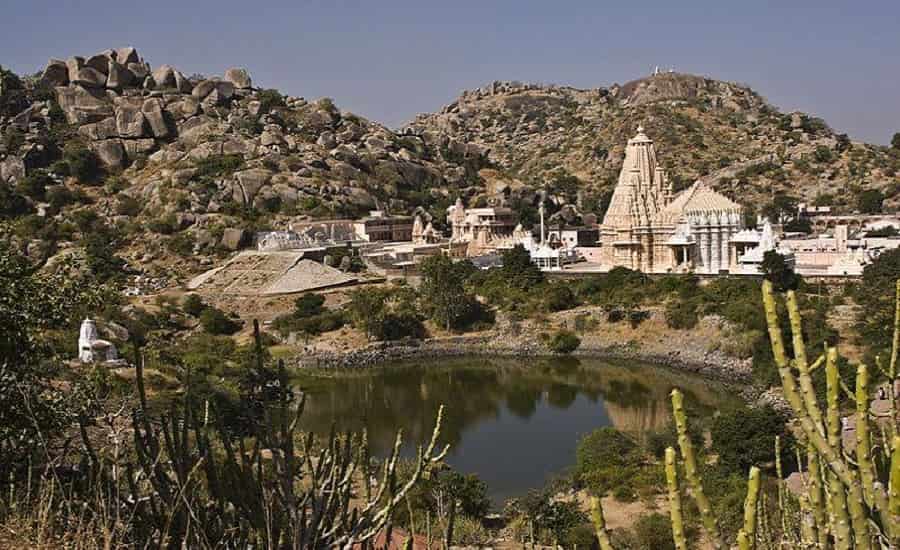 In Gujarat, you can find the presence of Buddhism and temples following it even on the hills called the ‘Taranga Hills’, in Mehsana. There is presence of the beautiful ‘Dharanmata temple’ which is dedicated to ‘Taranmata and Dharanmata Devi’. The idols of the deities are of Buddhist Goddess Tara, regarded as “Mother of all Buddhas”. The temple was excavated out in 1938 and holds a 4th century based style of architecture. There are also ancient cave shelters around the temple nearby which 4 Buddhist statues known as the ‘Dhyani Buddhas’ are present. 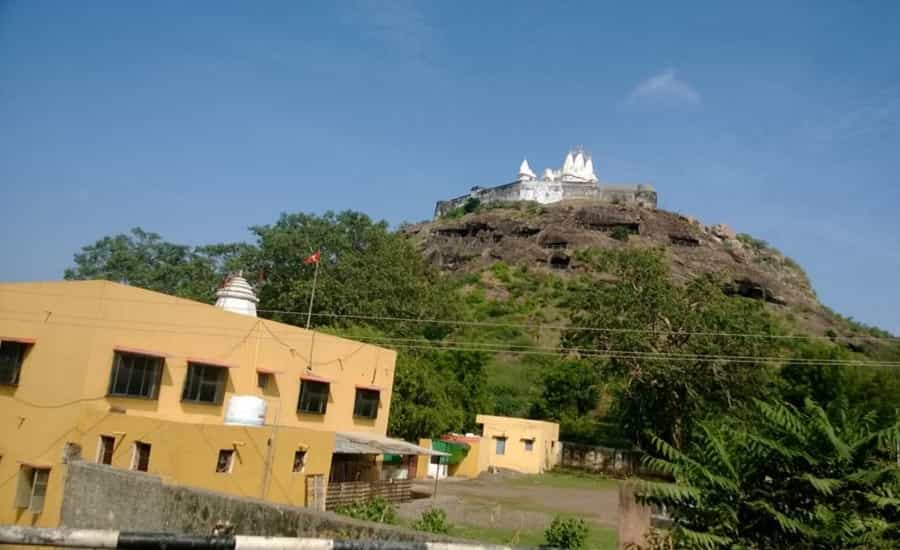 The calm and serene town of Talaja lies on the confluence of Sarita River and Shetrunji River in Bhavnagar near Rajkot. The Talaja town and hills surrounding it house around 30 ancient Buddhist caves. The hills are around 320 feet and the caves run into them which have perfectly identifiable carvings of Bodhisattva. The most impressive structure inside the caves is the Ebhala Mandapa which is a large hall with four octagonal pillars in the front. The hills are a perfect gateway for Buddhist pilgrimage tour. Apart from the caves the hills have a Jain and a Hindu temple also. 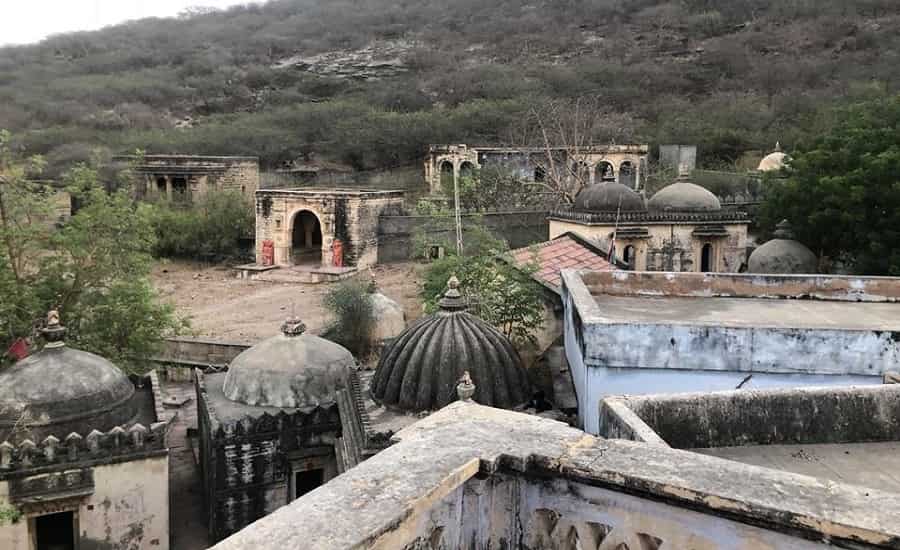 The Than Monastery is quite a famous monastery of Gujarat located in the foothills of Dhinodhar Hills in Kutch district. The place is just 2 hours away from Bhuj and belongs to the ‘kanphata’ or slit ears monastic order. The monastery is dedicated to Dhoramnath, who is said to have performed 12 years of rigorous penance here. The first floor walls of the monastery are decorated with beautiful ‘Kamangari Paintings’ and the walls have ‘Jaali work’. The monastery is made with limestone and is plastered with cement. Bright vermillion smeared walls can also be seen. The age old monastery explains about love and admiration for art and culture.

Gujarat has many more beautiful Buddhist establishments apart from the above mentioned sites. They are a combination of history, spirituality, mystery, meditation as well as adventure and tourist attraction. Some of them are the Siyot caves located in North-west Kutch, Sana Caves in Somnath, Panheswer Caves, Mai Gadechi, Matri monastery at Intawa, Bordevi stupa and Kadia Dungar Caves in Vadodara.

Admiring and experiencing the exquisiteness of the stunning and unique shrines, temples and caves depicting the cultural heritage of Buddhism in Gujarat can be done only by planning a Buddhist pilgrimage tour to Gujarat.