The Harappan site of Lothal is situated at a distance of around 80 kms from Ahmedabad. Discovered in the year 1955 were the remnants of a once majestic city which sheds light on the genius ways of living of the ancient people. The word Lothal itself is derived from the civilisation that once thrived here. By visiting this site you will get a glimpse into the maritime trading activities that flourished during the prehistoric era. This place has been deemed to be one of the most unique lock gated dockyard that depicts one of the most astounding and greatest maritime architecture of the ancient world. 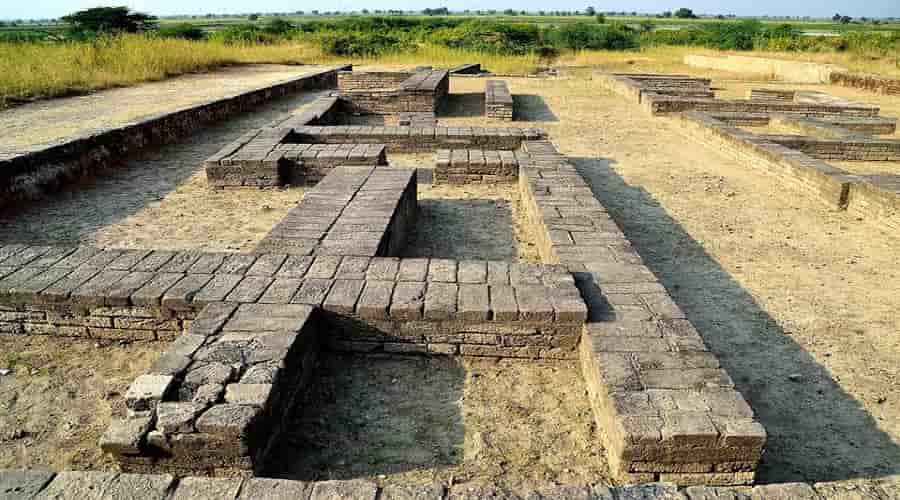 Lothal was discovered by the ASI after India had to give up the sites of Harappa and Mohenjo Daro to Pakistan during the partition in the year 1947. This was once a very well to do and a prosperous Harappan site with remains dating back to 2440 to 1900 BC. The place depicts all the pristine architecture and town planning methods common of other settlements of Indus Valley civilisation. All the excavations show that the entire town was divided into 2 parts. The upper part which is named as acropolis which was resided by the ruler and other important people of the city while the lower part was occupied by the common folk of the city. One of the most architecturally remarkable works of art here is a dockyard with all the services for the ships. Everything here was constructed with kiln bricks and comprised of 214 metres long basin with a 13-metre wide channel running on the northern end along with a warehouse for storage of the cargo. Lothal was in trading links with places like Mesopotamia, Egypt and Persia. Everything in Lothal from the material used to its planning is a work of art whose inspiration can be taken for construction in present days as well.

Being situated on the banks of the river regular flooding used to destroy the settlements and foundation of the city. The Lothal city planners decided to create solution to the regular problem of flooding. The entire town was divided in to various blocks of 1 to 2 metre high platforms (3 to 6 ft.) made out of sun-dried bricks. The whole town was further divided into a large citadel or acropolis and a lower town region. The high officials and rulers used to reside in the higher part of the town i.e. citadel and it consisted of paved paths, surface and underground drains and portable water well. The lower town where the local people lived was further divided into 2 different sectors. The main commercial area of the town was in the form of a north-south arterial street which was flanked with shops for merchants, craftsmen etc. the residential areas were spread out on the either sides of the marketplaces. During the peak years of Lothal trade the lower town was enlarged. Every construction work in Lothal has been done using fire dried bricks, lime and sand mortar and not using sun-dried bricks method since these bricks have managed to stay intact even after 4,000 years and are even bonded strongly together with mortar.

The acropolis refers to the town centre region of Lothal which is commonly called as citadel. This was the political and commercial centre measuring around 127 metres from east to west and 61 metres from north to south. Another element here were 3 streets and 2 lanes that panned from east to west while 2 lanes panned from north to south. Housed were built on the 4 corners on top of a rectangular platform. Acropolis also contained baths along with 2 rooms and an open courtyard. To prevent seepage the bricks used for paving the paths were polished. Sophisticated drainage system was utilised in the higher region of the city as per the excavations here.

The remains excavated in the lower town region suggest that the area here was the centre for bead making and probably was set up here for this purpose. The dockyard and the warehouse can also be found here whose engineering marvels are applauded even to the present day. This is clear due to the presence if the remains of marine shells, stone anchors and a variety of seals which probably belong to the Persian Gulf regions. This tells us that the Lothal trading was involved with large scale network of business.

To serve the purpose of ever-growing naval trade of Lothal with other parts of the world the Lothal engineers gave very high priority to the creation of a well – functioning dockyard and a warehouse. This dock is present on the eastern end of the ruins of the town and is regarded as a very major achievement and an engineering feat by the people who excavated this location. This was situated away from the main current of the river to serve the dual purpose of avoiding silting and to provide access to ships during the high tides times as well. The warehouse for the navy was built in close proximity to the acropolis or a citadel on top of a 3.5-metre-high mud bricks podium. This was done so that the rulers are able to easily keep an eye and supervise the dockyard activities going on in the warehouse. The movement of the cargo was facilitated via a mudbrick wharf which was 220 metres long and built on the western arm of the dock accompanied with a ramp leading up to the warehouse. Throughout the year this structure has endured numerous floods.

To reach Lothal you will first of all have to reach Ahmedabad which is the nearest city to the site at a distance of 75 kms. The nearest bus station is situated 20 kms in Bagdogra via Arnej.

By Car – This is probably one of the most convenient ways of getting to Lothal. If you have your own private car then from Ahmedabad you will be able to reach and probably even get to do some nearby sightseeing of tourist attractions. There are also several cars on rent services in Ahmedabad that offers cars as per your requirement from sedans and SUVs to tempo travellers. If you are travelling on a budget then this may not be the right choice for you.

By Bus – This is one of the most cost friendly ways of travelling to Lothal. From Ahmedabad you will take a bus heading for Bagdogra preferably from Geeta Mandir bus station and this will be a journey of around 1.5 to 2 hours. The bus will drop you off at a chowk where the sign for Vataman is located. From there a shared auto will drop you off to Arnej railway crossing where you will see a sign board saying Lothal is 10 kms away from here. This distance can be covered on a Chakda or a local auto rickshaw.

By Flight – The closest airport is located in Ahmedabad which is the Sardar Vallabhbhai Patel airport and is located at a distance of 91 kms and can be covered in a cab or a taxi service in around 2.5 to 3 hours. There are several taxi and rented car services available in close proximity to the airport.

By Train – This has to be another one of the most convenient ways of getting to Lothal. You will be reaching Bhurkhi Railway Station from Ahmedabad station and runs on the Ahmedabad – Bhavnagar railway line. Local bus service for Lothal can be availed from outside the railway station. 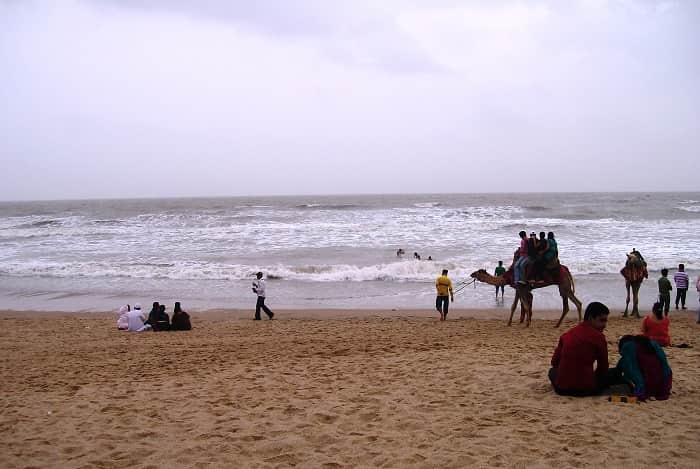 Located at a distance of around 6 hours from lothal this is Gujarat’s one of the finest and a lesser known gem of a coastline. It can be visited if you get tired of exploring the iconic Harrapan site and wish to cool off in the refreshing ocean water. You can relax your day off here with your family and loved ones while relaxing on the soft sandy beach. It is also a wonderful destination if you are interested in indulging in some fun packed water adventure sports activities. The best part about the beach is that the weather here remains pleasant and comfortable throughout the year. 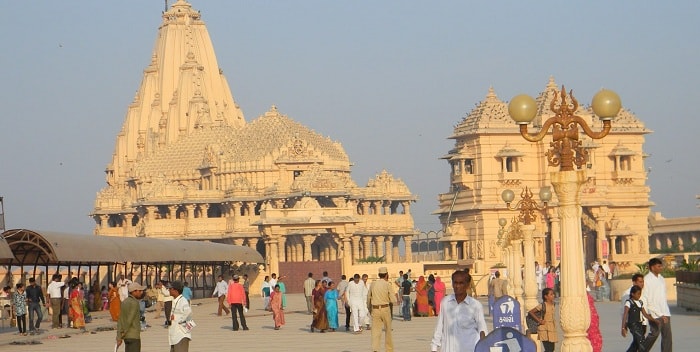 For the people with a religious and spiritual bent of mind a visit to Somnath temple is a must and is located at a road journey distance of around 6 hours. This is one of the prime jyotirlingas in India and is frequented by avid devotees from all over the world. Its tall majestic structure and the spiritual aura here is unmatched, situated by the ocean and with the waves smashing over the side of the temple boundary is a blissful site making it a definite must visit in Gujarat.

The iconic landmark of Gujarat is located at a distance of around 3 hours. Some parts of the palace complex still serve as the residence for the royal family of Vadodara. The structure in itself is a stunning sight and was built from 1878 to 1890. The architecture style here is the perfect representation of the indo – Saracenic style which also comprises of a spectacular zoo, gold course, glass work, mosaic and everything that depicts pure royalty.

The months of July to March is considered to be the best time to visit. Basically avoid travelling during the summer months since it’s a historical site devoid of any type of shade from above. The summer months are very hot, humid and scorching and makes travelling even to other parts of Gujarat very difficult. 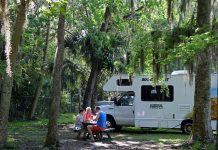 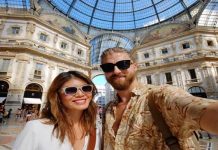 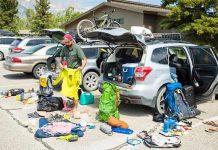 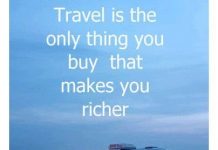 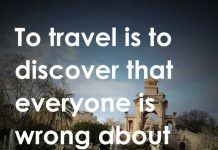 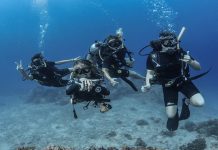 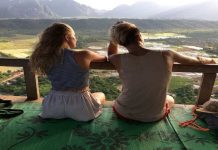 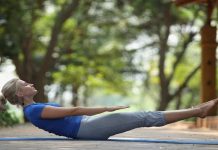 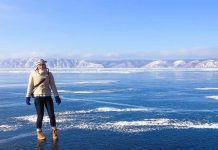 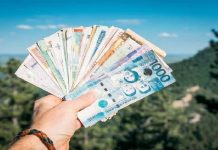 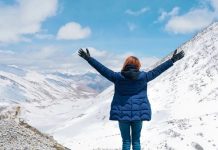 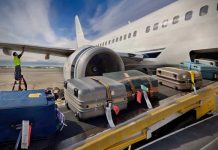 The Best Parts of Brilliance of the Sea Cruises