Gujarat Expert will help you to plan a mesmerizing tour of Ahmedabad city by cab or taxi. Ahmedabad has some of the finest Islamic, Hindu and Jain temple and monuments. Experience & Witness Various archaeological sites.

You are able to plan this tour directly from a Railway station, Airport, Hotel, or Residence of your choice.

After the completion of your tour, you will be dropped back at your hotel/residence in Ahmedabad city limits

Looking for a Customized Package?

Submit the enquiry form and we call you back right away and
help you with a Customized Ahmedabad Package..

Hotel or Residence in Ahmedabad city limits
The driver will pick you up directly from your hotel or specified pick up point.
Please enter the full pick-up address.

Get a full refund on canceling this tour up to 48 hours before the travel date.

Ahmedabad held the title as the Manchester of India in its heyday with more than 100 large textile mills. Apart from being the commercial nerve centre of Gujarat, the city has had an interesting history. Located on the banks of the Sabarmati River, Ahmedabad originally was a settlement ruled by a Bhil Ashaval during 1150s when it was known as Ashaval or Ashapalli. Even today there is a tiny area in Astodia area in Ahmedabad that bears the name Ashaval no tekro near Astodia darwaja. The city was subsequently conquered by Karandev I of the Solanki Dynasty ruling in Patan and he modelled the gates of Ahmedabad after those in Patan. There is teen darwaja in Ahmedabad as there is in Patan. He called the city Karnavati or Shrinagar. Thereafter the city came under the rule of Muslims and it was after Ahmed Shah I that the city takes its name.

Primarily a commercial centre, the city has quite a few places of interest. You could set out on a full day city tour of Ahmedabad and take in its attractions.

The largest and most outstanding monument in the western part of Ahmedabad. It is a mosque and dargah complex spanning several acres. The mosque with intricate carvings and tomb of Shaikh Ahmed Khattu Ganj Baksh in the neighborhood are quite beautiful. It would be more beautiful still because the mosque leads to a large square water tank with steps on all sides and pavilions, a truly royal recreational place built by Sultan Mahmud Begada. Unfortunately, it is not cared for, there is scarcely any water in the tank and the raised garden on all sides is in shambles due to vandals in the neighborhood. But still, one can visualize the glorious place it used to be. 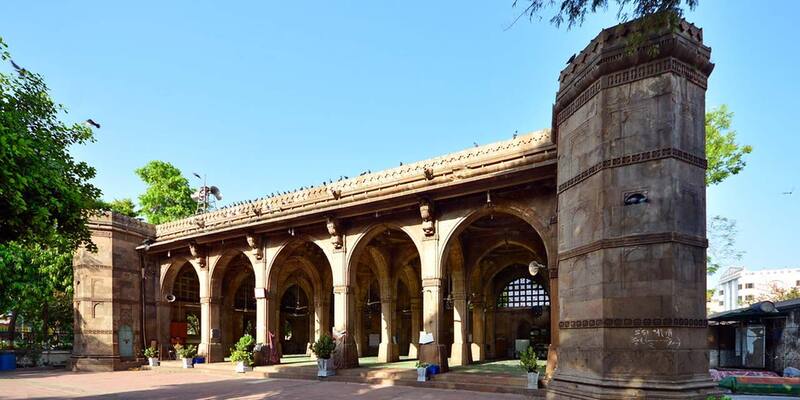 From Sarkhej to Lal Darwaja is a distance of about 5-7 km and brings you to Sidi Saiyad Mosque the outstanding feature is a filigreed carving of marvelous detail. You wonder that such workmanship is possible in sandstone.

Laldarwaja is old city area so you might just as well proceed towards Teen Darwaja. The area is choc-a-bloc full of street vendors so make your way onwards to the Juma Masjid on Gandhi Road, a cacophony of noise. Step inside and it is tranquil. Marvel at the innumerable pillars and the construction that allows people to remain cool in blistering heat. Stop awhile at teen Darwaja. In the Central Darwaja wall you will see a recess and a lamp burning, tended by a wizened caretaker. This lamp, it is said, burns since the time of Sultan Ahmed Shah.

Manek Chowk and the Poles

Step outside of Juma Masjid and venture to Manekchowk, a stone’s throw away. This is the heart of the old city. The old city is a maze of poles, some of them home to common people and some for the city’s “bhadralok” with their beautiful Havelis with inner courtyard and intricately carved wooden pillars. You will come across such heritage Havelis as you walk the narrow lanes and view life as it used to be lived for hundreds of years. Nostalgia can overcome you. In fact, if you want to see the real Ahmedabad, navigate the many poles of Ahmedabad. Manekchowk is the market place for vegetables, fruits, jewellery, apparel, trinkets, silver and gold and, at one time, it had the stock exchange too. Do not forget to sample fafda jalebi at Chandravilas on Gandhi Road, a 100 year old establishment.

Kankaria Lake once known as Hauz e Qutub is the second largest lake in the city said to have been built by Sultan Qutbuddin in the 15th Century. Today, it has been modernized and it is a recreational place. Give it a miss if you do not have time. But do not give the old city a miss if you want to know Ahmedabad and its people.

There is nothing on a grand scale but each one is unique. The Utensil Museum in Vishalla restaurant in Vasna showcases traditional utensils of Gujarat. The Calico Museum of Textiles in Shahibaug is worth a visit to know about the various varieties of textiles produced here and the Shreyas Folk Museum displays textile and clothing along with coins and weapons. 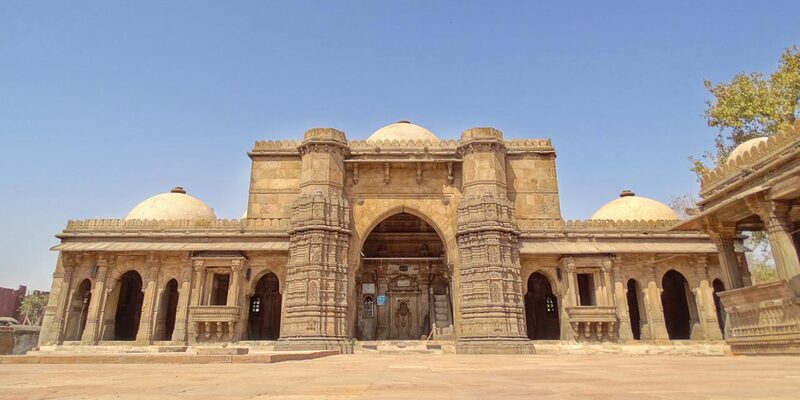 Located in Asarwa, the Dada Hari ni Vav is another neglected yet richly carved monument. It is a step well. Even in the blistering heat of summer, when you go down to the deepest level, it is refreshingly and soothingly cool. It is not quite as popular as Adalaj Vav but it is inside the city. 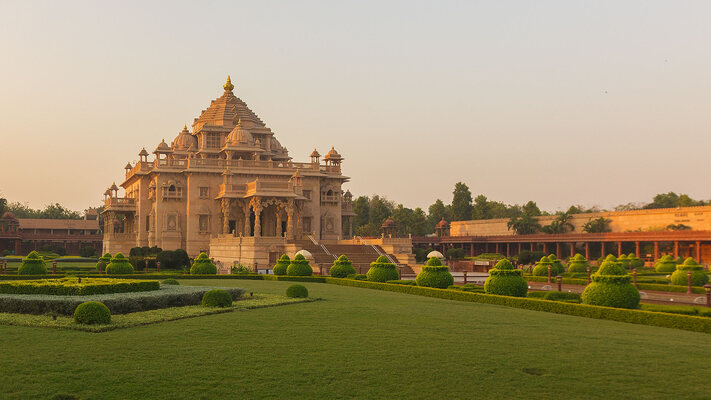 If you like temples you could opt to visit Hutheesing Jain temples to view the collection of exquisitely carved statues of Tirthankaras. The Kalupur Swaminarayan Mandir is built entirely of wood so it is worth a visit. Other than that it is better to spend your time to visit more attractions like the Gandhi Ashram in Wadaj or the Satyagraha Ashram in Kochrab on Ashram Road near Paldi.