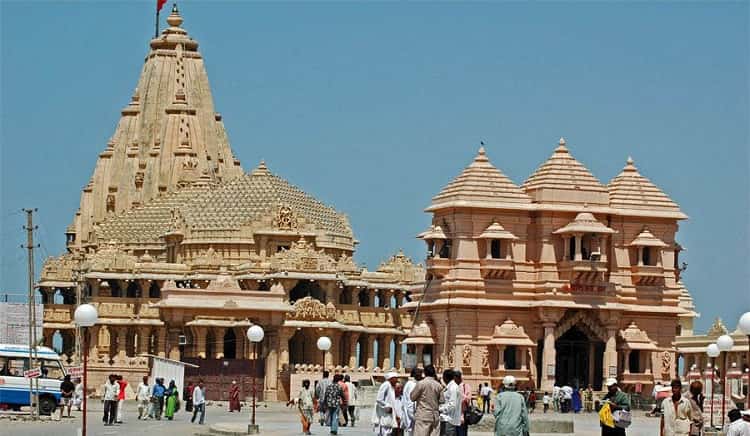 Somnath Temple is one of the most revered Jyotirlingam shrines of Lord Shiva near Veraval in Gujarat’s Saurashtra region. This legendary and holy shore temple of Gujarat is backed by a very long history. It has been destroyed several times by attackers and plunderers who were lured by the riches at the ancient Somnath temple but the good thing is that it was re-built again and again post-destruction. That explains why Somnath is often called the ‘eternal shrine’; i.e. a shrine that exists forever. Devotees from every nook and corner of the country and globe visit Somnath to pay their tribute to the glorious Jyotirlingam or column of cosmic light of Lord Shiva. Thus each day thousands of devotees gather at the temple to pay a Darshan to Lord Shiva or Someshwara seated here in all majesty.

Temple Timings- Why is it Important to Know?

The crowd of devotees at the temple each day is simply huge and there’s a huge lot of pushing and jostling to have a Darshan and offer Puja to the lord. Also, devotees are very enthusiastic about attending the Aartis at the temple as it is a real visual treat and offers solace to the mind. Thus even during the Aarti times, the temple is crowded by a flood of pilgrims. Thus if you aren’t aware of the Darshan timing or Aarti timing at the temple, you may face a lot of harassment and your visit to the temple may be full of unwanted hassles. However if you are aware of the exact timings at the temple you can be there at the correct time and can have a hassle-free Darshan or Aarti Session.

The temple opens for Darshan at 6.00am in the morning and remains open for Darshan until 9.00pm in the night. There are three times Aarti at the temple. Thus devotees can attend Aarti at 7.00am, then again at 12.00 noon and then at 7.00pm in the evening.

If you wish to visualize the ‘Jay Somnath’ light and sound show, you have to be there by 8pm. The show starts at 8pm and continues till 9pm.