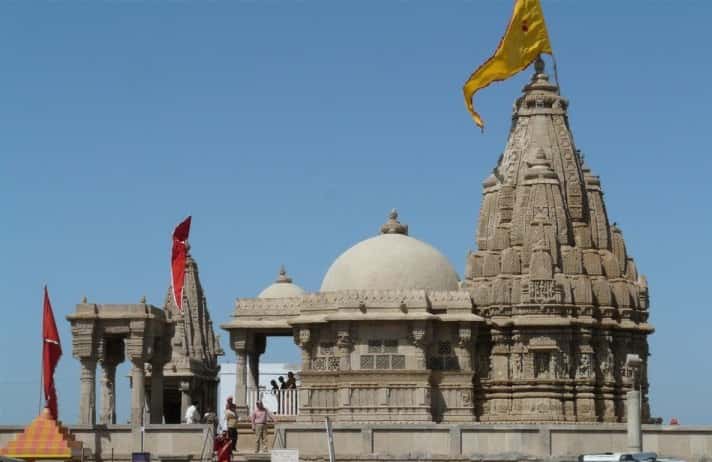 Devout Hindus make it a point to undertake the Chardham Yatra once they have fulfilled their worldly duties. They set off on a pilgrimage to Badrinath, Puri, Rameshwaram, and Dwarka. Dwarka is not just the home of Lord Krishna, Dwarkadheesh but it is also home to the Rukmini Devi Temple, dedicated to one of the consorts of Shree Krishna. It is customary to visit this temple and pay your respects. As any Hindu knows, Shree Krishna is the avatar of Lord Vishnu and naturally, Rukmini is one of the avatars of Laxmi Devi, the consort of Lord Vishnu. Therefore, visiting the temple and praying to her gets you her blessings for peace and prosperity in life.

The temple is about 2 km from the historic temple of Dwarka on the coast of Saurashtra in Gujarat, Western India. It can be reached by hiring a rickshaw or just taking a walk from the main temple. In order to reach Dwarka, you can take a train from Ahmedabad to Jamnagar and travel by road. You can just as well fly into Jamnagar airport.

The temple is said to be more than 2500 years old but it may have been reconstructed over time. The present temple is said to belong to the 12th century.  Dedicated to Rukmini, the chief consort of Lord Krishna, the temple bears rich carvings of gods and goddesses. The Garbha Griha or sanctum houses the main idol of Rukmini. 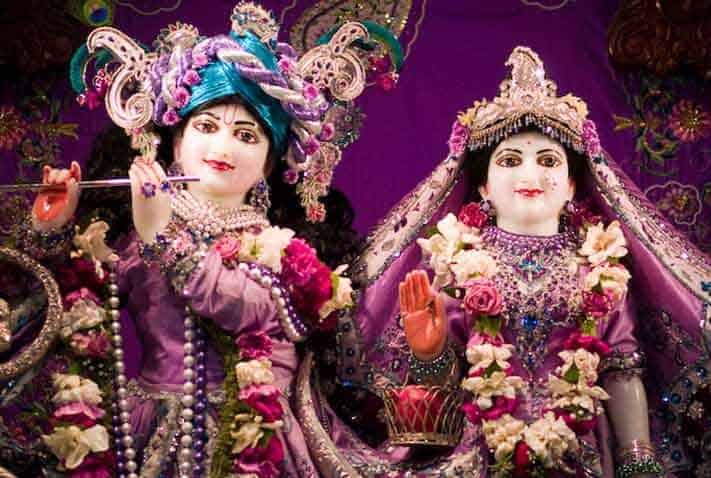 At one time Lord Krishna wished to invite the sage Durvasa for dinner and accordingly he set out with Rukmini to the ashram of Durvasa who agreed on the condition that they pull the chariot in which he would travel. They agreed but, on the way, Rukmini became thirsty and asked Lord Krishna for water. He struck the earth with his foot and Ganga gushed forth. Rukmini quenched her thirst. Durvasa was watching and flew into a rage because he was not offered water first. Durvasa, it must be.

known as a sage who easily lost his temper and cursed anyone and everyone left and right without much thought. In his rage, he cursed Rukmini that the couple would always live apart. No one knows why he did not curse Lord Krishna but as a result of the curse, they had to live apart. Was the curse revoked? No one knows. Some say that it was actually Lord Krishna who indirectly incited Durvasa to curse her unwittingly because Krishna did not like her arrogance. Anyway, this is the reason why the Rukmini Devi temple is not adjacent to Dwarkadheesh temple but it is at a distance. It is also noteworthy that the temple stands on barren land amid rocks bereft of water.

Rukmini had fallen in love with Lord Krishna and he too was smitten with her and decided to abduct her. She would always go to Avantika temple and pray to Amba Mata to grant her wish that she become the wife of Lord Krishna.  She was the daughter of Bhishmaka, King of Vidarbha and her brother was against the match and did not approve but wanted to marry her off to the evil Shishupal. She sent a message to Lord Krishna to save her and therefore, both decided to elope. One day she went to worship at the temple (which is currently in Bulandshahr, UP) and that day, Lord Krishna carried her away and married her in Madhavpur Ghed in Gujarat and both lived in bliss until the Durvasa incident. Madhavpur too has a temple of Rukmini and Krishna to commemorate this event. It is believed Amba Mata grants the wishes of maidens who pray to her at this temple.

Some believe that Radha and Rukmini are one and the same, the incarnations of Goddess Lakshmi because there are similarities in age and the devotion they have towards the Lord. When Krishna is with Rukmini, Radha does not appear and when he is with Radha, Rukmini is absent.

Rukmini is Lakshmi incarnate, a symbol of love and devotion to Krishna, a symbol of purity and humility as well. Visiting the temple and praying to her is a must if you visit Dwarkadheesh