Bhavnath Mahadev Mela is held at the site/location where the famed Bhavnath Mahadev temple stands. The temple stands at the base of the Girnar hills in Gujarat’s Junagadh city. The temple has its roots in myths and the history of the fair held around the temple is as ancient as that of the temple. The fair has a frenzy and spiritual fervor about it and is held on the holy muhurat of the Mahashivratri festival.

When is it held? 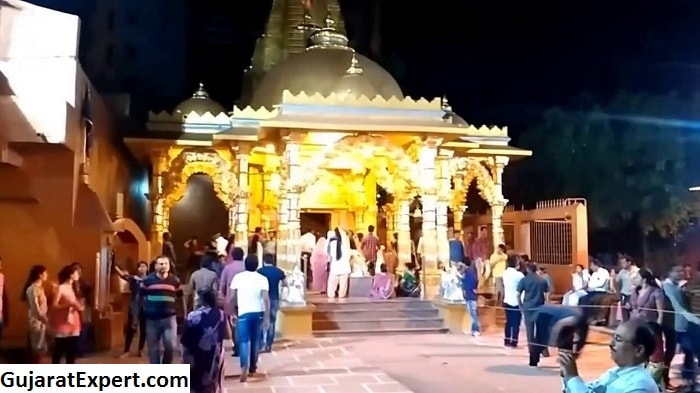 The festival comes in the Hindu month; Magha and as per Western calendar, is usually held in the February month when the temple premises resound to the hustle and bustle of a jostling crowd of devotees who gather out there to participate in the Bhavnath Mahadev fair. In the present year of 2017 the mela had commenced on the 25th of February, 2017. The Bhavnath mahadev fair/mela is a 5-day long mela that witnesses a huge conglomeration of people.

The Fair/Mela rituals and costumes

The fair commences with a procession made by Naga sages seated on elephant back and moving towards the temple of Bhavnath Mahadev. They blow thungis, conch shells, call out the name of the lord and wave flags as they move towards the temple with the purpose of participating in the Mahapuja performed in the midnight of a moonless night or Amavasya. This procession actually signals the start of the fair, which is indeed a noteworthy spectacle to watch out for. The naga sages before proceeding towards the Bhavnath mahadev temple take a ritualistic bath in the Mrigi kund. Devotees who visit the mela and the temple make it a point to undertake the 7kms long Circumambulation or Parikrama of the much revered Girnar hills as they think it to be their divine obligation. Also, there’s a very popular ritual practiced by the Naga sages on the first night of the fair; i.e. the Mahashivratri night. It is a martial art performance or dance performed by the sages.

As per myths, lord Shiva too visits the temple and fair on the auspicious occasion of Mahashivratri. Also, it is believed that the nine Siddhas and Nathas residing on the Girnar hills descend on the occasion of the fair and Maha Shivratri puja. An intense spiritual energy courses through the ambiance and transforms the fairground into a celebration of divinity and life force.

Facilities at the Mela 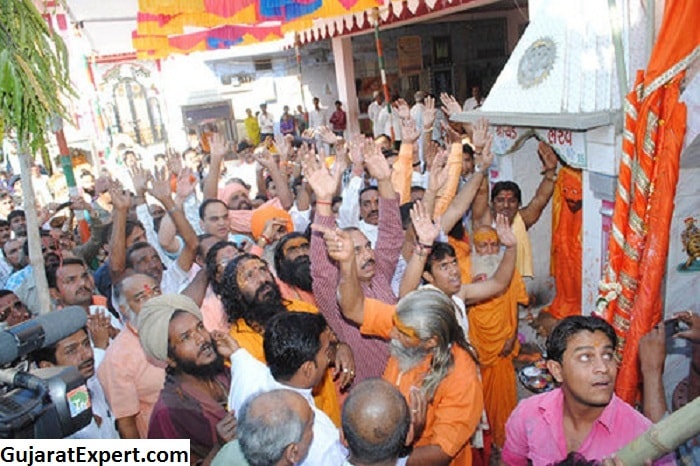 Pilgrims can get free meals at the fair ground. Under the painstaking initiative of Mathura and Ayodhya vendors several stalls are set up at the fair ground selling items such as rosaries, brassware, copperware, clay idols, utensils, foods etc. Drinking water facilities, several tea stalls plus affordable transportation is arranged for pilgrims and tourists who gather during the fair.

Reaching the Bhavnath Mahadev mela is not much of an issue. Buses to Junagadh are frequent and can be availed from any other city of Gujarat. Trains from many parts of the state and country can make you reach Junagadh; the nearest railway station. On reaching Junagadh you can complete the rest of the journey by means of local transport. Those who wish to avail the flight route may take a flight to Rajkot airport; the nearest airport to the venue of the fair at about 110kms away.

Places to see around the Mela

Those visiting the mela may plan to extend their joyful experience by embarking on a sightseeing tour that may allow you to visit places like Gir National Park, Somnath temple, Diu.

The mela can be enjoyed in the most ideal manner provided you follow the given tips.

PreviousImportant Facts About Modhera Dance FestivalNextHutheesing Jain Temple Ahmedabad, One of the Richest Jain Heritages in the City