Gujarat is full of hidden gems that people are not even aware of when they think of tourist destinations. Polo in Himmatnagar is a wonderful nature campsite with the added attraction of ancient, richly carved monuments in the vicinity. This is but one in a series of forests and wildlife sanctuaries that span the Northern region of Gujarat from east to west. On the eastern side you have the Seeta Mata Forest, the Vijaynagar Hill forest to its west and then the Jessore sloth bear sanctuary as you travel west but before that, you have Balaram, a well-known picnic spot with its picturesque Balaram Palace and Balaram Mahadev temple. Balaram happens to be not far from Ambaji, the pilgrimage site, and Abu Road, a reason why the nature park around it is known as the Balaram Ambaji Wildlife Sanctuary. 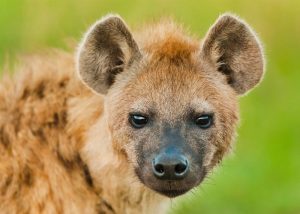 The catchment areas of Sabarmati and Banas Rivers and the Aravalli Hill range are part of the Balaram Ambaji sanctuary covering a spread of over 540 sq. km, extending right up to Ambaji, the historic pilgrimage site, and a shaktipeeth. The sanctuary also serves as a watershed for Dharoi and Dantiwada dams. It came into being on 7th August 1989 to protect the precious ecosystem of the Aravalli region and also to prevent the spread of the Thar Desert farther south. It was noted that human population expansion put pressure on the animals and that human settlements also came in for attacks by predatory animals. The sanctuary was established to provide free roaming ground for wildlife and to prevent humans from encroaching into their habitat. The region is mostly deciduous forest bordering the Kutch region to the west and the Thar Desert to the north.

This sanctuary is not as lushly forested as the sanctuaries in the South of Gujarat and there are more open spaces. Still, one can find an abundance of wild trees and plants with 483 species in all of which 40 are grass, 58 are shrubs, 107 are trees and 219 are herbs besides 10 types of lower forms of plants. The common trees you can find here include Palash, Khakhara, Timru, Kadaya, Khair, Sali, Modad and medicinal herbs like gugal and musali.

Though dry and deciduous, the sanctuary is interspersed with water bodies, grassland, and hills, making it an ideal setting for wildlife to thrive. At one time there were tigers and lions but the Lions have been hunted and killed. Today the Balaram Ambaji sanctuary in Banaskantha is home to panthers, sloth bears, leopards, jaguars, foxes, hyenas and lesser mammals in addition to reptiles including crocodiles in the Banas River. As for birds, one can find storks, spoonbills, vultures, barbets, peafowls, shrikes, woodpecker, hornbills, bulbul, and ospreys.

The terrain is just perfect for trekking because it has natural ravines, hillocks, water bodies and green cover. One can get to Balaram, for long a popular picnic spot, in a variety of ways.

Ahmedabad is the nearest airport should you decide to fly into Gujarat. One can just as well arrive by bus or hire a private car from Palanpur, about 20 km away or Ambaji, also 20 km away. There are private and state road transport buses for Balaram. Palanpur also happens to be the nearest railway station but one can also travel from Ahmedabad to Abu Road by train and then by road. Palanpur and Ambaji, as well as Abu road, have a range of accommodations ranging from Budget to pricier hotels. If you like you can stay at the Balaram Palace. The Palace is worth visiting even if you do not stay there. Built in between 1922 to 1936 by the ruler of Palanpur, His Highness Zubd-ul-Mulk Dewan Mahakhan Nawab Sir Talley Mohammed Khan Lohani. The beautiful palace has graceful lines following baroque architectural style set in 13 acres of land.

One can just drive down to Balaram in one’s own car or hire a car and enjoy a day’s picnic and some trekking around the river banks or in the ravines. Thereafter one can go on to Ambaji for darshan of Amba Devi or to Taranga Hills and admire the Jain temples here. Palanpur, the city of diamond traders at one time and a little bit away is also worth a visit to buy some perfumes. The Jessore Sloth Bear Sanctuary is also worth a visit. You can just as easily proceed to Mount Abu for a day of rest and relaxation.

Just after the monsoons, during September and October, when the countryside is green, could be the best time for a visit to Balaram Sanctuary. Summers are hot but the good thing is there will not be many people about and you can have solitude.