Bhalka Tirtha, which is sometimes referred to as the ‘Bhalka pilgrimage’, is a famous Hindu place of worship located in a quaint town of Somnath near Veraval along the shores of Arabian Sea. Veraval is one of the preferred tourist destination spots by the local residents as well as foreign tourists across the globe owing to its wide range of accommodation. It is located just a few kilometers away from Somnath. Bhalka Tirth and Somnath Temple are some of the major highlights and must visit tourist destination spots in Somnath. The inner sanctum of this temple houses a blue colored idol of Lord Krishna who is in a meditation posture. 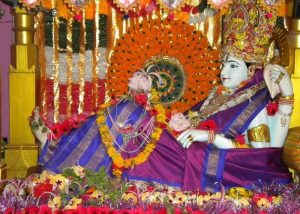 This ancient temple was previously ransacked by Mahmud of Ghazni and looted precious jewels along with treasures back to his hometown. This ancient town was razed to the ground several times and it was later reconstructed by the Hindu community.

It is believed to be the spot where a hunter named Jara shot Lord Krishna’s foot with an arrow. According to the legend, the hunter misread the foot of Lord Krishna to that of a deer while Lord Krishna was meditating under a pipal tree. However, the poacher was pardoned by Lord Krishna and blessed him. This place is currently owned and operated by the Central Government of India.

The discerning tourists who are scouting around the town for a suitable four-star hotel may proceed to Hotel Imperial Wood, which is located at Prabhas Patan near Veraval. It is a well-maintained hotel, which serves authentic South Indian cuisines. The tourists can pamper their taste buds by savoring lip-smacking Thali meals at their multi-cuisine restaurant. This four-star hotel is well equipped with ultra-modern facilities and plush interiors. Some of the basic facilities offered by this hotel include LED TV, Free Wifi access, twenty-four-hour doctor on call facilities and twenty-four-hour front desk facilities. 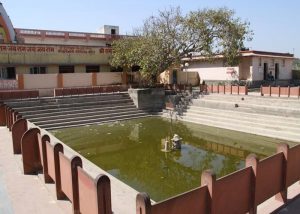 Besides Bhalka Tirtha temple, there are a plethora of must-visit fascinating tourist destination spots, which is located in close proximity to this temple. While making your way to Somnath, you may choose Chorwad beach as your stopover. It is a stunning beach village, which is, located just thirty- seven kilometers away from Somnath. It is an ideal spot for those who wish to relax and escape the hustle and bustle of the city’s lifestyle. The visitors are not allowed to swim, but they can indulge in recreational activities such as boat riding and experience the mesmerizing views of the rugged terrains. Those individuals who would like to have a sneak peek into the history of this place may proceed to Chorwad Palace, which was the summer palace of erstwhile Nawabs of Junagadh. The second best tourist destination spot near Somnath is Veraval. It is indeed an ideal spot for the history buffs where they can witness the majestic grandeur of a heavily fortified port town. This place still preserves its former glory.

By Road: – Somnath is well connected to some of the renowned places located in the state of Gujarat such as Junagadh, Bhavnagar, and Porbandar. Many buses ply regularly to these places. You may hire a private bus from any of these places to reach Bhalka Tirtha, Somnath.


By Train: – Veraval Junction Railway Station is one of the major railway stations, which is located in the Veraval district of Gujarat. Somnath Express, which is a special train, departs from Ahmedabad Railway Station and arrives at Veraval. The tourists can board a train from any part of the country to Ahmedabad and later catch a special train to Veraval. As soon as you reach Veraval, the tourists may hire either a bus or a cab to get to Somnath.

By Air: – Those tourists who prefer to travel by air to reach Somnath my head straight to Keshod Airport. It is a domestic airport, which is interlinked with Mumbai. There are regular flights available from Mumbai to Keshod. As soon as you reach the airport, you may hire any available mode of transportation to get to Somnath.

The ideal time to visit Bhalka Tirtha Somnath is during the onset of winter season where weather conditions are favorable to explore the place.

Bhalka Tirtha Somnath Temple had been a place of pilgrimage since time immemorial. Even now, innumerable people flock to this place due to its sacredness and magnetic charm. It is an indeed a place which must be included in the ‘must visit temples of India’ in one’s itinerary.