How to Reach Ahmedabad

Home // Ahmedabad // How to Reach Ahmedabad

Ahmedabad, the city located on the banks of River Sabarmati is one of the most sought tourist destinations in Gujarat where tourists from India and also foreign tourists love visiting to witness the incredible mausoleum and centuries-old mosques and other architectures. The city holds great importance in the struggle of independence of our country and many movements were started on the magical and of Ahmedabad only and one of the most popular movements is Satyagraha Mission started by Mahatma Gandhi. 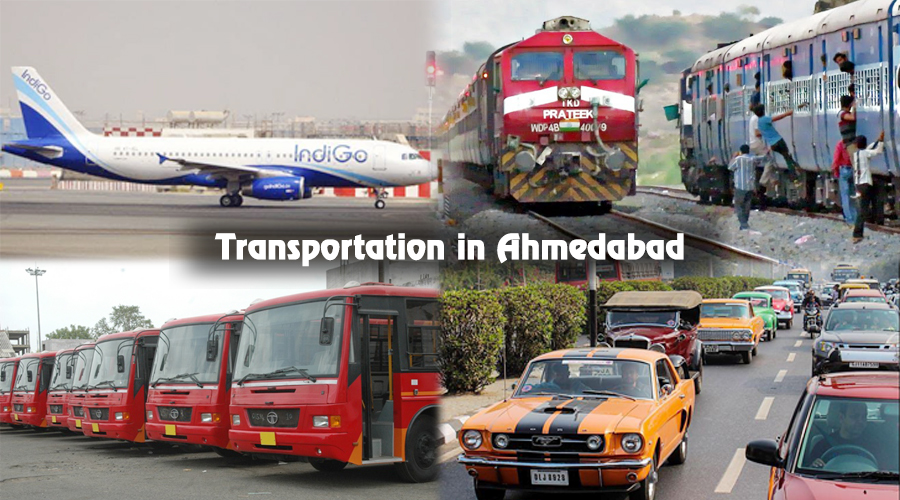 How to Reach Ahmedabad?

Ahmedabad, the former capital city of Gujarat and the largest city in the state, is dotted with several glimmering lakes, centuries-old gorgeous monuments, and also the magnificent museums. If you are looking for a place where you can enjoy a peaceful and serene ambiance then visit Kankaria Lake, a perfect background for clicking some amazing pictures of this trip. Being an amazing and famous Indian city, Ahmedabad is connected to several other cities in the country via all the modes of transport. If you are also the one who is confused about which transport to select to make your journey easy and convenient then scroll down the page and check which is the best mode to reach Ahmedabad from your place.

Ahmedabad has its airport which is located at a distance of almost 12 km away from the city. Sardar Vallabh Bhai Patel is the main airport in the city that welcomes several domestic as well as international flights. However, there is one more airport named Dholera International Airport which has been newly established in the city and from both airports, one can easily get a cab or taxi to reach their desired destination.

As the city is well-developed and well-maintained so the roads here are properly maintained and this makes the city easily connected with other nearby cities. So, if you are coming to Ahmedabad from any nearby place then you can opt for the bus but if you are coming from any far city then it would be a little hectic to cover the long-distance by bus. However, reaching Ahmedabad by bus is cheaper than airways but one can’t ignore the tiredness and excessive time in traveling.

No matter from which city are you moving towards Ahmedabad, there is a huge possibility of getting a train from your city as this largest city in Gujarat is connected with various other cities in India by railways. However, the city owns several railway stations but Sabarmati Junction, the Maninagar, and Ahmedabad railway station is the most popular and crowded railheads in the city. So book a train to any of these railway stations from your city and confirm your seat in advance. After you alight from the train and come out of the railway station you can find a number of taxis and autos standing outside that take you to your desired destination. Be informed that the charges of these taxis and cabs vary and depend upon the number of passengers and also the type of vehicle you are hiring for the trip.

If you have your personal vehicle then it is better to go by that as this can help you in covering all the sites that fall en-route as if you travel by any other transport then definitely they are not going to provide you halt everywhere. It is understandable that this can be a little tiring but is relaxing and more convenient too after airways.