Gir National Park occupies a prestigious position among all other wildlife conservation sites that our country has. This wildlife sanctuary is well known for preserving the most endangered Asiatic Lion species and is one of its kinds in the whole of Asia. The park came into being in the year 1965 and covers a sprawling 1412sqkms in area. The park is situated about 65kms to Junagadh’s southeast. The Nawab of Junagadh had initiated the lion conservation efforts at the park which continued thereafter. The Jungle safaris at Gir National Park are a truly unforgettable experience and the park offers an extensive range of fauna and flora on display.

Apart from the 300 unique Asiatic lions, Gir National Park is even a home to nearly 250 Leopards and numerous other carnivores of smaller stature such as striped hyena, jackal, and wild cat. Jungle safaris at Gir National Park are generally arranged during the dawn or dusk and may allow you to spot many of these prowling, exotic beasts amid the wildernesses. Tourists and wildlife enthusiasts make a bee line to Gir year round in order to explore Gir’s bountiful wildlife. But apart from exploring the wildlife at Gir, you could also undertake a tour of some of the other visit-able attractions around the park. Read on to learn more-

The major Gir National Park sightseeing places are as follows-

The Somnath temple lies in vicinity to Gir National Park. It is only 46kms away from the Gir National Park. This ancient Hindu shrine belongs to Lord Shiva. It is one among the 12 Shiv Jyotir lingams that our country has. Somnath is a beautiful shore temple rich in architectural splendor and religious aura. Visitors to Gir should definitely snatch an occasion to visit this beautiful and revered temple. According to myths, at the site of the temple, Moon God had performed penance to please Lord Shiva and free himself from the curse of Daksha Prajapati, his father-in-law.

Darbar Hall Museum located in vicinity to Diwan Chowk is an ancient historic palace exhibiting the exotic belongings of the Nawabs of yesteryears. The collection at the museum include items such as weapons, armors, palanquins, chandeliers, paintings, outfits, decorated thrones, tapestries, howdahs, paintings etc. A visit to this museum will definitely transport you to era of the Nawabs and is indeed a must-visit place while you are on your Gir National Park.

The Girnar Mountains rising up to an elevation of 1100meters is located about 5kms towards the east of Gujarat’s Junagadh district. The hilltop consists in Jain temples all set up between the year 1128 and the year 1500.

Kamleshwar Dam located amid the safari park is a picturesque location that shouldn’t be missed at all. The dam has been set up across Hiran River and is one among the 7 other rivers that drain within the sanctuary. The dam site makes an important breeding ground for the famous marsh crocodiles and resting ground for varied bird species. 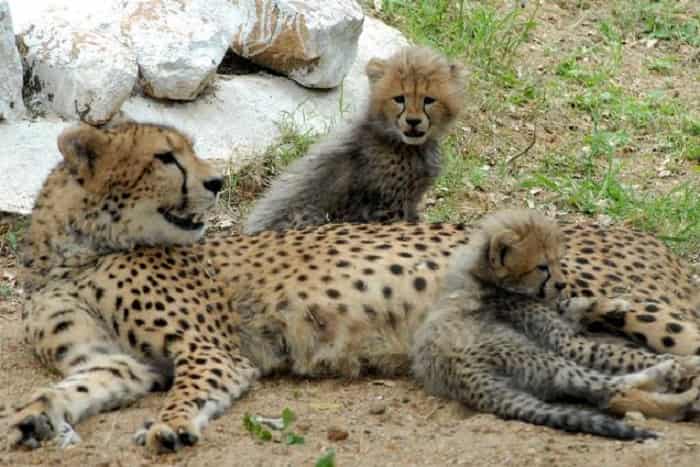 This historical fort dates back to 316BC during the era of the famous Chandragupta Maurya. The fort underwent inundation for as much as 16 times and was abandoned totally for a long period of time; i.e. from the 7th century to the 10th century until it came to be rediscovered amid the dense woods. 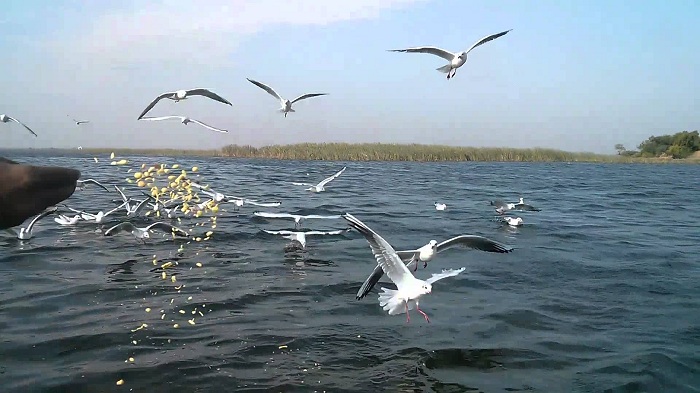 Nalsarovar Lake is a famous water reservoir located at the periphery of Sasan-Gir. The place is heavily flocked by both wandering birds and water birds. Some of the common birds that can be spotted here are black-headed cuckoo, pied woodpeckers, sparrows, eagles etc. The lake is a scenic location and pulls passionate bird watchers from far and wide. Thus, Nalsarovar is also often referred to as ‘bird watcher’s paradise’.

So, once you are on your Gir tour, make it a point to visit the above places too.