Purna Wildlife Sanctuary is a dense forest which is perched on the Western Ghats mountain range between the states of Gujarat and Maharashtra. Purna Wildlife Sanctuary which is also known as PWS in short is a secured area in the Southern Gujarat and it is one of the most popular hotspots for bird watchers. With the objective to enhance and promote tourism in Purna Wildlife Sanctuary, a Dang Bird Festival was organized very recently at Mahal Campsite. The sanctuary got its name from the river Purna which flows along the banks of Mahal Campsite. This place which is spread over an area of about one sixty square kilometers was declared as a sanctuary back in the year 1990.

The Mahal campsite and Purna Wildlife Sanctuary is opened to the public seven days a week. The sanctuary timings are pure based on the climatic conditions. It is usually opened from 8:00 am till 6:00 pm in the evening.
Address: GJ SH 174, Jamlapada, Gujarat 394716
Phone: 02631 220 203
Hours: Open Every Days 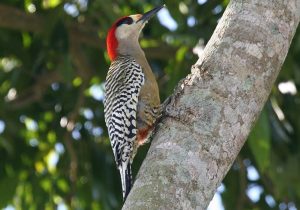 The entire sanctuary is thickly covered with teak and bamboo. This place has a tropical climate receiving an average rainfall of about two thousand five hundred mm. Winter, summer and monsoon are the three main types climatic seasons commonly experienced here. The winter season sets in during the month of November and lasts till the end of February. The summer season begins from March to last week of May, whereas the monsoon season commence during the month of June or early July and lasts till the month of September. The vegetation and climatic condition of this sanctuary cater to the needs and requirements of the local tribals inhabiting this region.

You will come across seven hundred exotic varieties of flora and fauna in Purna Wildlife Sanctuary. Some of the elusive species such as leopard, rhesus macaque, bonnet macaque, mongoose, Indian civet cat, Indian porcupine, four-horned antelope, barking deer, sambar, chital, and hyena and jungle cat can be found here. It is estimated that about one hundred and thirty nine wide varieties of bird species was spotted during the period between 1999 and 2003. Grey hornbills, grey jungle fowl, barbets, woodpeckers, shrikes, leaf birds, bee-eaters, flycatchers and raptors are some of the common birds found here. 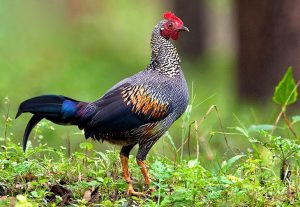 Tourists who would prefer to indulge in a breathtaking experience in Gujarat may proceed to Purna Wildlife Sanctuary. They can relish in the midst of lush green surroundings, verdant valleys and quaint villages. This sanctuary is a hotspot for numerous wildlife species such as woodpecker, crimson sun bird and the grey jungle fowl. If you are lucky enough, you may even come across some of the nocturnal species like leopards. The tourists can also opt for a jeep safari during the sunset where they can observe the animals coming out to feed themselves or in search for food. Sloth bears, elephants and wild bulls are some of the other species which are commonly found here. With the onset of evening, you can listen to the pulsating drum beats of the Dangi tribes from a distance.

You have to make sure that you carry adequate food supplies on your way to this sanctuary since there are no decent eateries or food joints available here. You can also cook the food on your own. After the end of your journey, take a break and savor some delectable meals to revitalize yourself. But if you are planning to proceed towards the Mahal Village, you may find few hotels which are located within the premises of the village serving authentic cuisines. Tents as well as cottages are also available for the discerning tourists.

By Air: – The nearest airport is located at Surat which is about one hundred and thirty kilometers away from the Purna Wildlife Sanctuary.
By Rail: – The nearest railway station is Vyara which is about twenty kilometers away from the sanctuary.
By Road: – Tourists who are traveling via Surat or Ahmedabad may head straight to Bilimora which is a city located along the banks of river Ambika. Since Bilimora and Saputara are well connected, you may either hire a direct private bus or private luxury coaches to reach the sanctuary.

One of the best recommended options is to hire a cab or a private bus to get to this place.

The ideal time to visit Purna Wildlife Sanctuary is during the months of October and February. One of the major highlights of this sanctuary is that it is not over populated thereby ensuring a hassle free traveling experience for the discerning tourists.

Purna Wildlife Sanctuary which is located in Gujarat is indeed an ideal spot for nature lovers as well as wildlife enthusiasts.